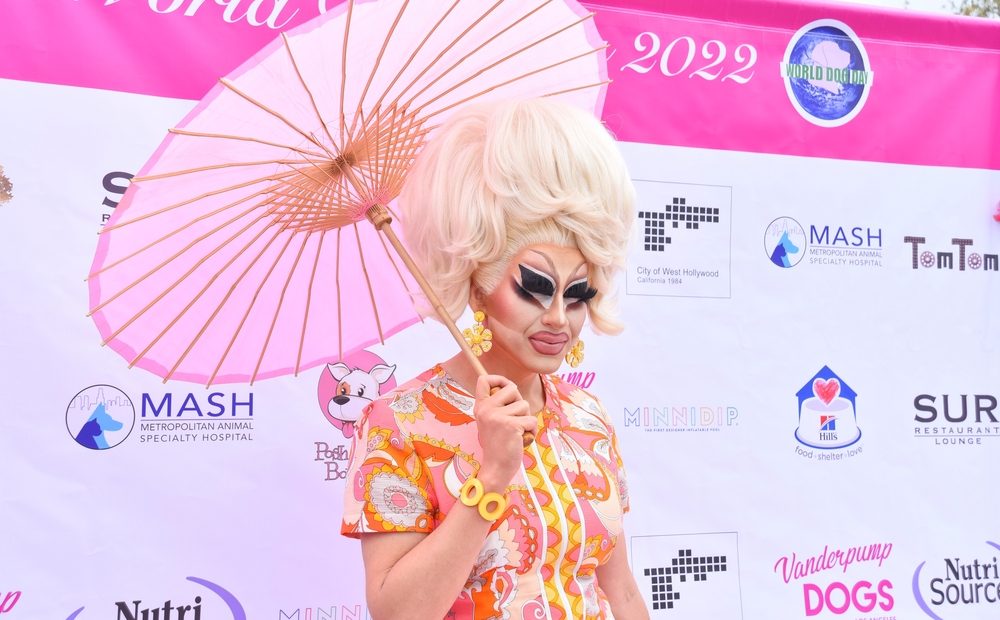 Trixie Mattel is one of the most famous drag queens on the planet…behind only RuPaul herself. Mattel starred on the seventh season of Drag Race and then came back for All Stars 3 – a season she ended up winning. Since then, Mattel has become a huge social media star, amassing millions of followers on Instagram and YouTube. She’s even launched her own cosmetic line and a soon-to-be-opened Palm Springs resort called Trixie Motel, which is also the title of her new reality on Discovery+ about purchasing and remodeling the property.

On top of all that, Mattel is a talented musician who has released several albums and has an upcoming EP – The Blonde & Pink Albums – releasing this summer.  Her debut single from the EP is a song about growing up in small-town America (Trixie Mattel is from a small town in Wisconsin) and was made in collaboration with musician Shakey Graves.

Earlier this week the duo performed the single on Jimmy Kimmel, making Trixie Mattel the first drag queen to be a musical guest on a late-night show in television history.

While this wasn’t Mattel’s first time on Jimmy Kimmel (she was part of a skit a few years back), this was the first time she performed her own music, giving her a national platform for many who might not have listened to her otherwise.

Mattel’s upcoming The Blonde & Pink Albums releases on June 24th and also includes the singles “Hello, Hello”, “C’mon Loretta”, and even a rendition of “Vacation” by the Go-Go’s.

Back in 2019, Global Cocktails interviewed Trixie Mattel at DragCon in New York City. Click here to check it out.

Our choice for Cocktail Music this week is the song “Gonna Be You” from 80 FOR BRADY. An all-star cast…