The second edition of KibbutZurich – the Jewish Arts Festival – will take place from May 18 -26 2019 in Zurich! You can expect a diverse program of more than 16 events. The six-day cultural festival (with a special pre-festival party) offers a wide range of events in dance, music, workshops, lectures, culinary expeditions and much more. Here is a primer of the must-visit events of this year’s festival! 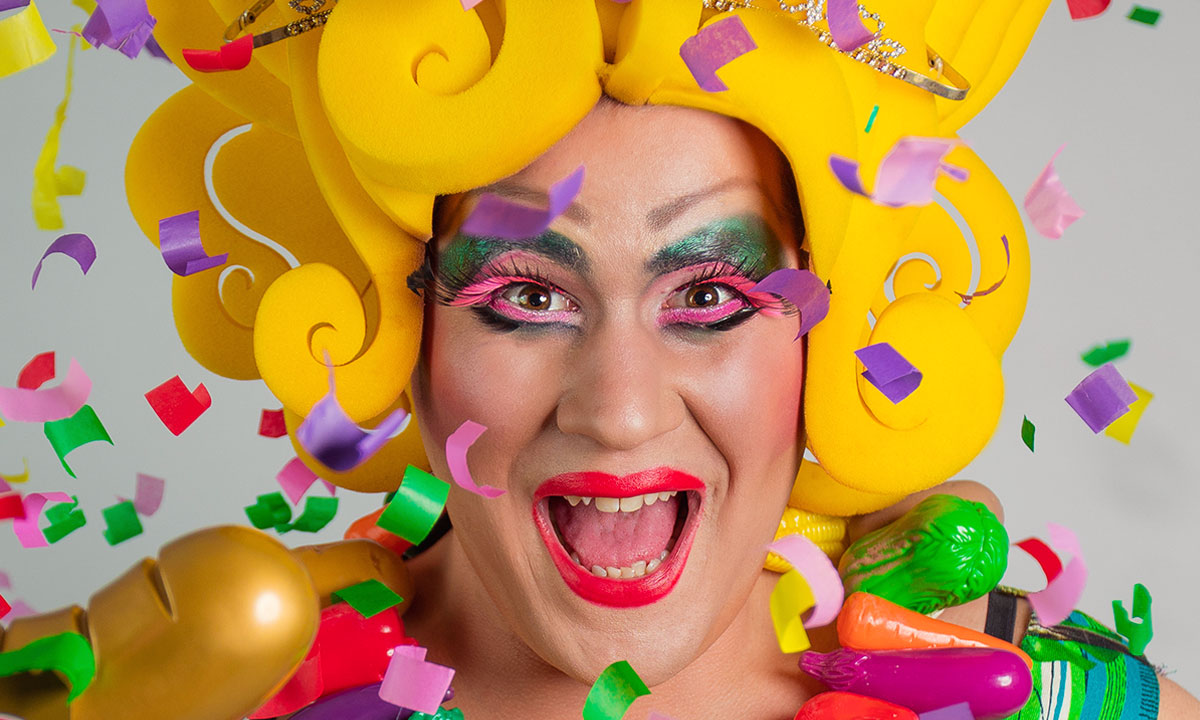 A special pre-festival event, the grand finale of Eurovision will be broadcast live from Tel Aviv right in the Labor Bar! celebrate in true Tel Aviv style with a night hosted by special guest drag Queen Gossipa and DJ Phil G. After the voting commences, the winner will be celebrated with a massive dance party So come come early and take part in the festivities!

Mentalist Daniel Harel will be performing a special show that will really get inside your head… Daniel has been featured on TED and was the former assistant for the world-famous magician Uri Geller. In the show, Harel will mix comedy and intrigue with his startling mind-reading abilities. This is surely an event not to be missed!

The band has released 2 albums and has even performed at the prestigious Palace of Arts in Budapest on many occasions. The Hungarian band has risen to become the No. 1 Sephardic-Jewish band in Hungary and performs regularly in other countries like Ireland, Italy, Poland, the Czech Republic, Romania and Slovakia.
Be sure to check their concert to hear some of Europe’s best music!

Clown Workshop “The Success of Failure”

May 23rd holds numerous events including the Yiddish Concert, and Short Film Festival. But if you want a truly unique experience, be sure to check out the Clown Workshop! Professional clown Orit Guttman teaches students how to clown around…literally! The playful workshop will help participants learn what a clown should be, learn the meaning of what a ‘fool’ is in culture and history, and discover their own inner clown. C’mon, you know you want to find out!

May 24th is another day packed full of events. From the Creative Morning, to the Modern Dance Performance. But quite possibly the most dynamic event of the entire festival is the Food Stories evening.
Be part of three Jewish families this evening. You are the guests of Inbal from Romania, Judith from Marrokko and Dalia from Iraq. In three rotating groups, you will taste specialties and hear anecdotes from these three cultures. For dessert, the three groups meet and share their experiences. So eat up, make friends, and be merry!

WIth the GAGA Dance Workshop, and the Hebrew & Indian Concert happening as well, May 25th is going to be a day filled with art and music. But the Bavarian-Yiddish Dance Workshop hosted by the Mesinke Quartett & Kapelle Rheingold is sure to be a highlight!

Yiddish culture has always been heavily influenced by German culture – from its origins in the Rhineland to its heyday in Eastern Europe and the New World. So what could be more natural than to have a dance evening with the Quartet Mesinke from Krumbach and the Bavarian Band Chapel Rheingold with their folk music expert and violinist Evi Heigl? Knowledge of the Klezmer dance steps is not requested, but the joy of music is. And if you do not want to dance, just enjoy the thrilling music!

The last day of the festival holds many treasures, such as the Klezmer Convert, The Deaf/Blind Workshop, and Liron Lavi Turkenich’s Lecture. But the closing event, a Yemenite Song Concert by Gulaza will surely be a highlight.

Breaking ethnic and musical boundaries has become a second skin to Gulaza. With elements from the theater and ceremonial elements, Gulaza revives the songs of the ancient Jewish Yemenite culture and presents them in a reworked and phenomenal acoustic and visual manner. Another boundary being broken is that Gulaza sings traditionally female Yemenite songs, shattering stereotypes and starting conversation. It’s a closing event not be missed!

For more information and for tickets check out the events website here!

The Best Things to Do in Boston

He’s selling out theaters around the globe, and he has even been nominated for a Golden Globe, but all the…